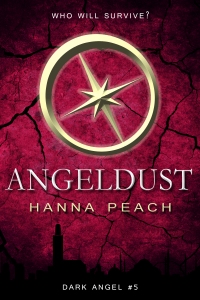 The thrilling conclusion to the Dark Angel series…

Everything about Michael’s dark plan has been hidden – until now. On an island off the coast of Egypt, a fourth Seraphim city has been discovered; a city that doesn’t appear on any Seraphim map. This city is hidden, the air smells of blood and there is something very, very wrong with the inhabitants.

Back at Castle Speranza, while Alyx is off uncovering the secret of Raphael’s charm, someone will betray her in the worst possible way…

Michael now has everything he needs. Will Alyx be able to stop Michael? Or could this be the end of the world as we know it?