The 5th June Angelblood release date is almost upon us! Yay! Here’s a little something to get you in the mood… 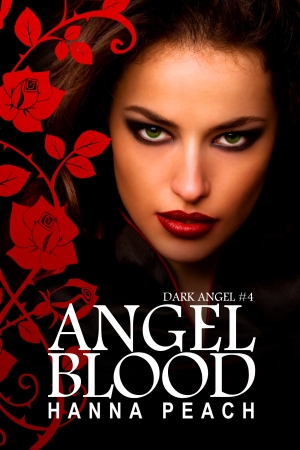 Israel seems…different since he came out of his coma. His life has been saved but Alyx had to make a deal with the devil to do so. She has to hand Israel over to Lucifer unless she finds a way to defeat Samyara. But to do this Alyx will need Israel and Jordan, the two men fighting for her heart, to work together. Can they put aside their differences long enough to defeat Samyara?

This will be Alyx’s greatest battle yet.

Israel stood glaring at Jordan, chest lightly shifting from his quickened breaths. A quick glance to her side told her that Jordan was matching his glare.

Israel wiped his mouth with the back of his hand. Then he widened his arms out to his sides. “You came to fight, blondie?”

The crowd dropped to silence. And all eyes shifted between the two.

“I’m not fighting you,” Jordan said.

Israel dropped his arms in an exaggerated show of disbelief. “Funny. ‘Cause I can’t see any other reason why you would dare show up in my presence after what you’ve done.”

“We’ve come to ask for your help.”

Israel laughed, but there was no humor in it. “You’ve got to be kidding me.”

Jordan growled and turned to Alyx. “I told you the boy wouldn’t want to help.”

Israel narrowed his eyes at Alyx, and she felt them burning all the way into her soul. “You two talking about me behind my back?” Within three long steps, Israel was standing toe-to-toe with her. So close she could see the roll of sweat running down his chest. Jesus. Had he always been this large? This towering? He bent his head down to her so they were nose-to-nose. “You have something to say to me, angel? Say it to my face.”

“Back up, boy.” Jordan pushed Israel back a step with a quick sharp shove. “She’s trying to help you.”

Israel snapped his attention to Jordan. “Touch me again and I’ll break your fingers.”

“Blondie and I have some shit to sort out.”

“Israel, your life is at stake.”

“Tell me something I don’t know.”

“My life is at stake,” she whispered.

Israel froze. Then he turned to address the crowd. “Everybody leave,” he bellowed out. “Now. Show’s over.”

Immediately everybody scrambled, dissipating across the platforms. Alyx could feel their glances back at her and Israel. Mason obeyed as well, pausing only to squeeze her shoulder lightly. An act of comfort, she supposed. She didn’t feel comforted.

As the pirates left, they took with them all the lightness in the space. The tension between Israel, Jordan and her became so heavy, she felt like she had trouble breathing.