Singapore is most known for its modern cityscape, a business hub and its shopping. Even when I asked the locals what a tourist such as I should see, they produced a list of shopping centres as long as my arm.

Yes, the malls here are huge and impressive (look they even parked a boat ontop of one)…

… even their botanical gardens are built up and outrageous (see those weird mushroom looking things? Don’t they look like something you could see the angels of Michaelea in Angelfire living in? You can climb up them and walk along the walkways that are strung between them)…

… but to think that this is all that there is to see in Singapore would be selling it short. There is history in this little piece of earth, you just have to look carefully.

I have this paranormal/scifi/timetravel/thriller (geez can I just pick a damn genre?) series idea that has been bubbling away for a short while.  For some reason when I walked through Clarke Quay this series began to shout at me to be set here. Not in modern Singapore, but Singapore of the early 1900’s.

Clarke Quay is a historial quay on the Singapore River which (back then) helped to make Singapore a prominant port. You can still see the bumboats (or junkboats) moored along it in this shot, however, these days these kischty things are used to take tourists up and down the river.

I began to seek out more of what Singapore was like 100 years ago.

Near the Merlion park I found this Cavanagh Bridge, Singapore’s first suspension bridge over Singapore River dating back to the late 1800’s.

I needed a hotel, an old hotel, in which to set a murder (a character of course)… This gorgeous old building is The Fullerton Hotel. And apparently this hotel has ghosts! Perfect yes? 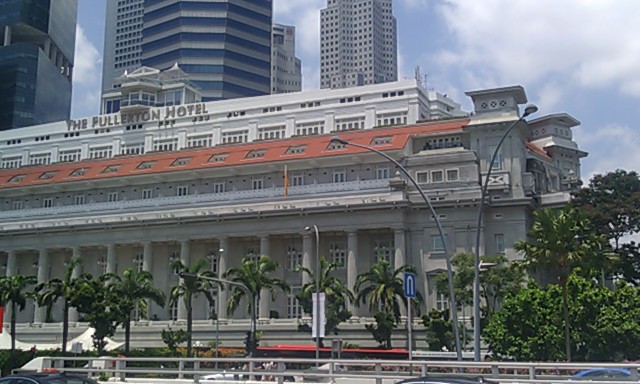 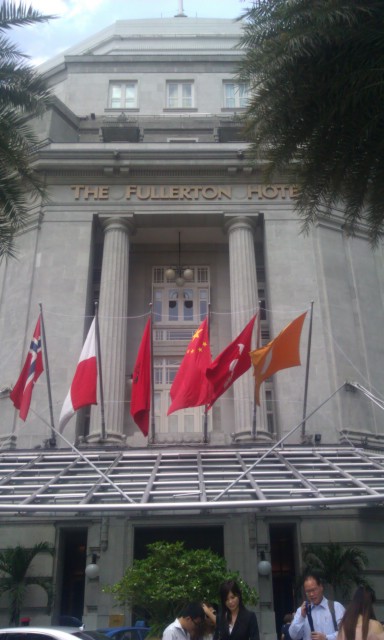 No. Gorgeous… but not right for this scene as we discovered that back in the early 1900’s it used to be the General Post Office. So… the hunting continued…

Then I was directed to the Raffles Hotel by my history hunting partner in crime, my Auntie Nina. An old British colonial style grand hotel built in the late 1800’s and the opitome of style and money. (From the prices of the coffee and orange juice that my aunt and I had in their hotel restaurant – yikes, almost $30 Sing dollars – it still was).
Unfortunately their Raffles museum was closed indefinately and we couldn’t (althought we tried) sneak my way inside a room. But I found my hotel in which to set the scene of the crime! Here are some photos that I was able to take. 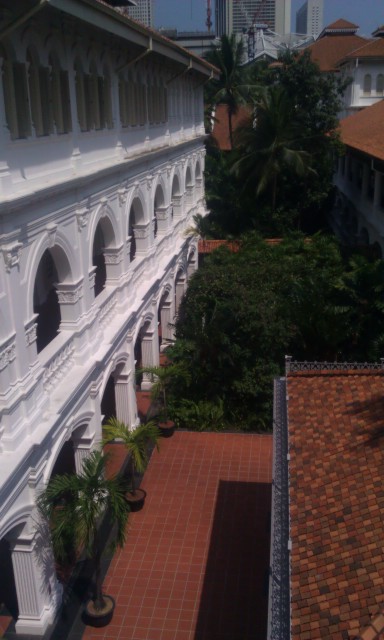 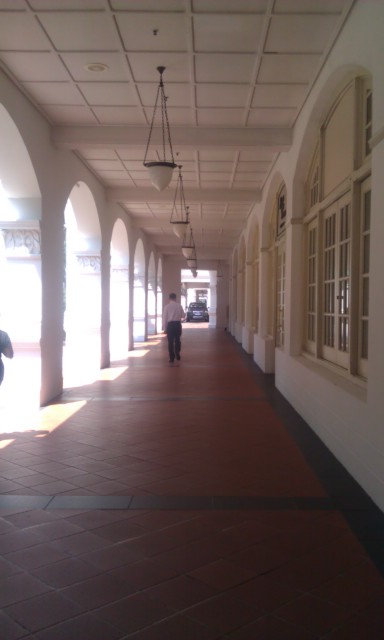 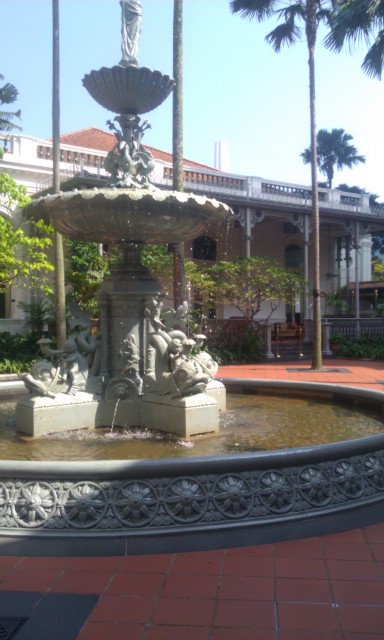